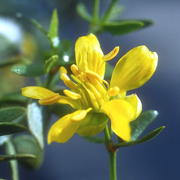 Supports us in releasing what is unexpressed or held in which is usually at the root of self-imposed separation from others. It brings us a sense of being freed. Often used for resolving the feeling that something is missing in life.

How to use and related questions

Creosote Bush is related to the following keywords:

Creosote Bush is mentioned in the following core-issue articles:

Flower Essences for Adolescents
withdrawal from others; feeling isolated or that no one understands them
The Core Issue: Releasing Cellular Trauma
for releasing old emotional wounds that have been unexpressed and have resulted in bitter feelings
The Core Issue: Isolation
ancient feeling of being forever alone; self-imposed isolation due to some bitter experience

Creosote Bush is part of the following series or practitioner kits:

This kit contains our full line of 119 individual flower essences, all of which are described in depth in The Alchemy of the Desert – Fourth Edition.

This kit is a set of 30 selected Desert Alchemy® flower essences that form an integral part of the healing program pioneered by Richard Utt, founder of the original Institute of Applied Physiology in Tucson, Arizona.

The above information is an excerpt of the book The Alchemy of the Desert - Second Edition by Cynthia Athina Kemp Scherer. Please refer to that book for in-depth information about this flower essence.

Subscribe to our E-Mail Updates to receive announcements about workshops, new publications, and other interesting desert flower essence news: